Angeles City, with Clark International Airport, is now the gateway to Northern Luzon, and the entertainment capital here in the Philippines, if not Asia.
On June 15th, 1992, the eruption of Mt. Pinatubo changed the demographics of Angeles with the departure of the U.S. Air Force from Clark.  Because of the determination and resilience of the residents Angeles rose like the proverbial Phoenix, and, and with the development of Clark Air Base into an international airport, grows exponentially each year.
There are many fine high star hotels and restaurants, offering some of the best value for money in Asia.

We have been putting Angeles City & Clark Freeport on the Map since 1992!  Nobody knows Angeles or Subic Bay better! Here are the best in Activities, Entertainment, Dining, Hotels & Resorts, Dining, How to Get Here and more! 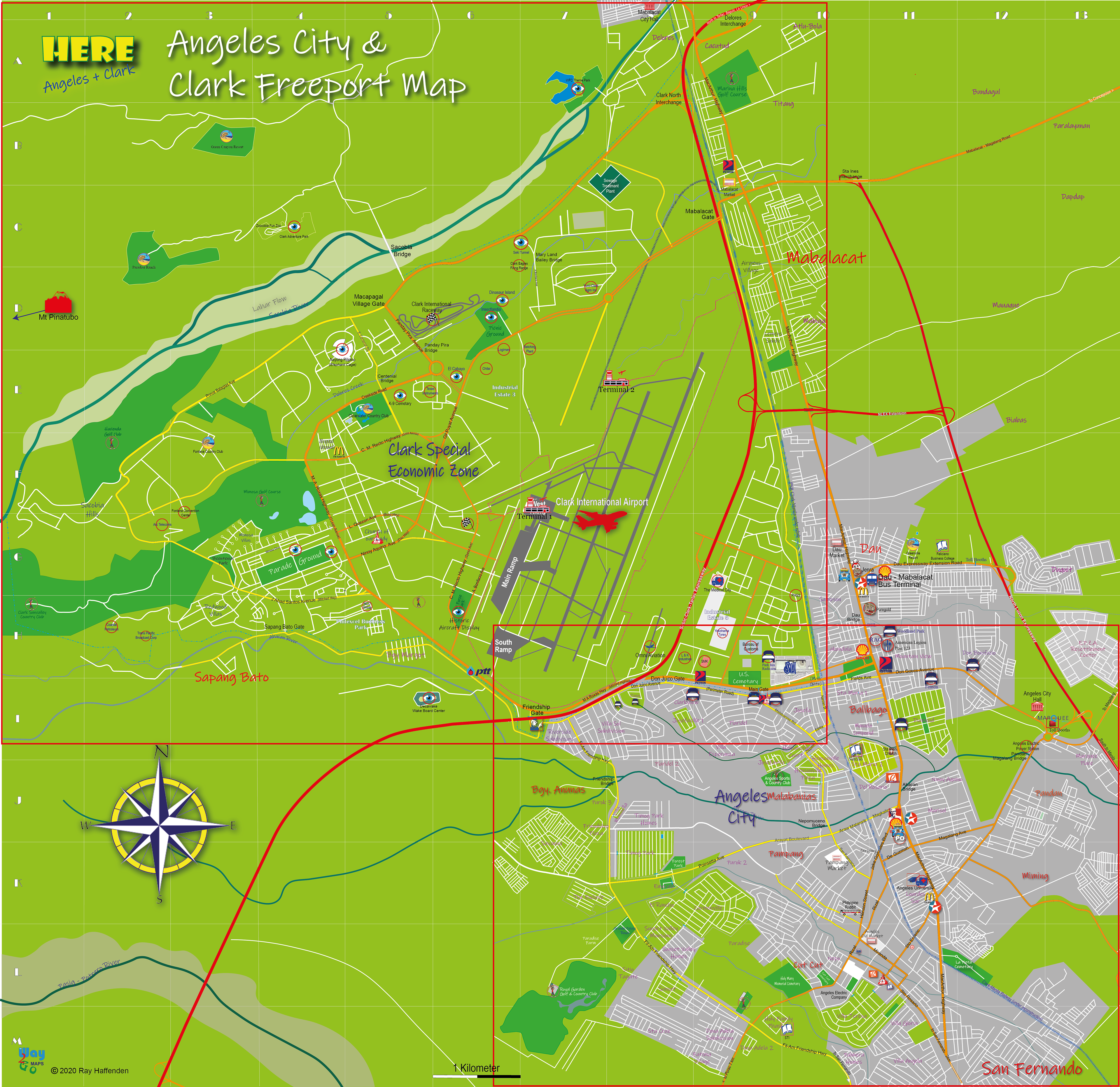 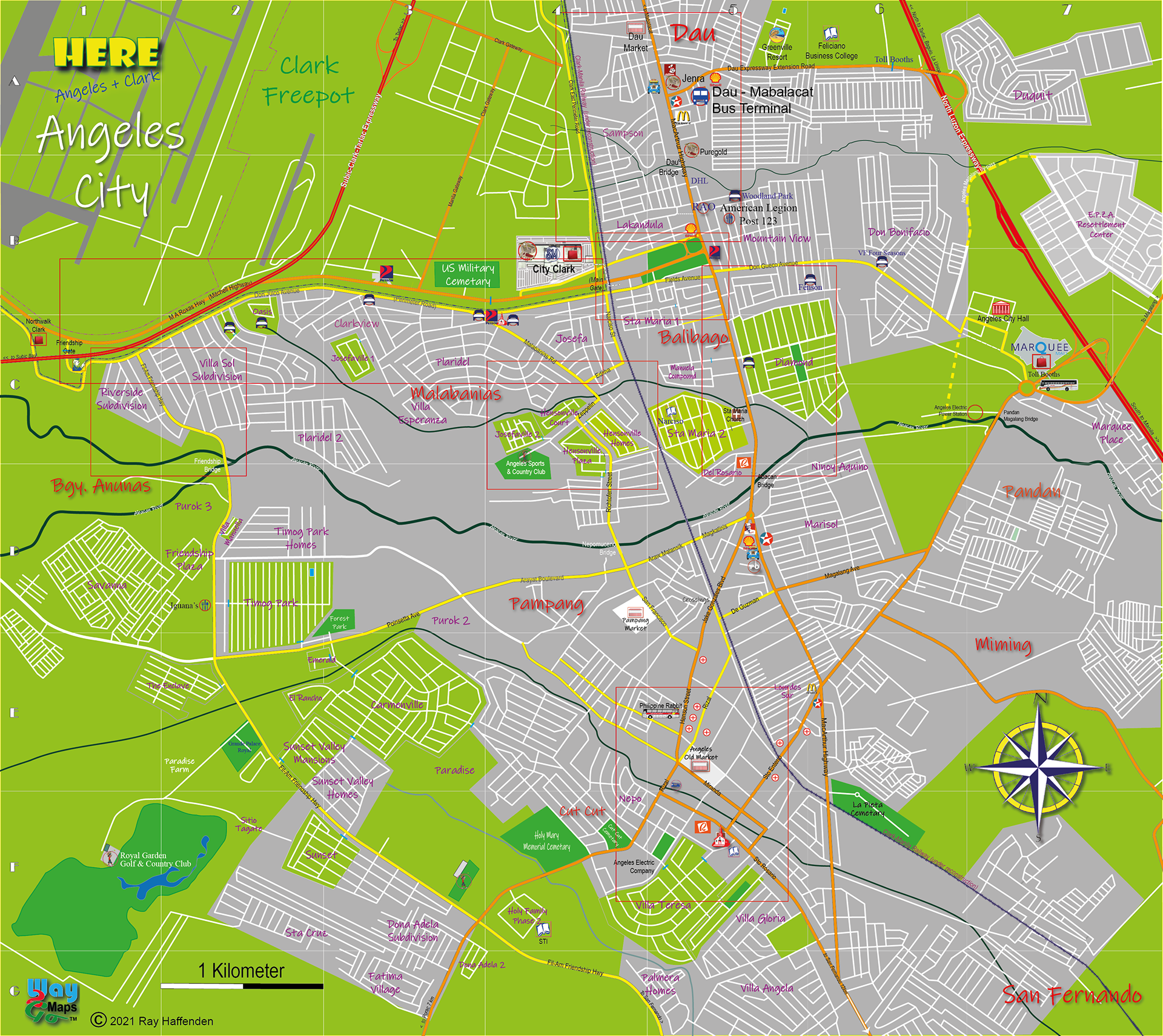 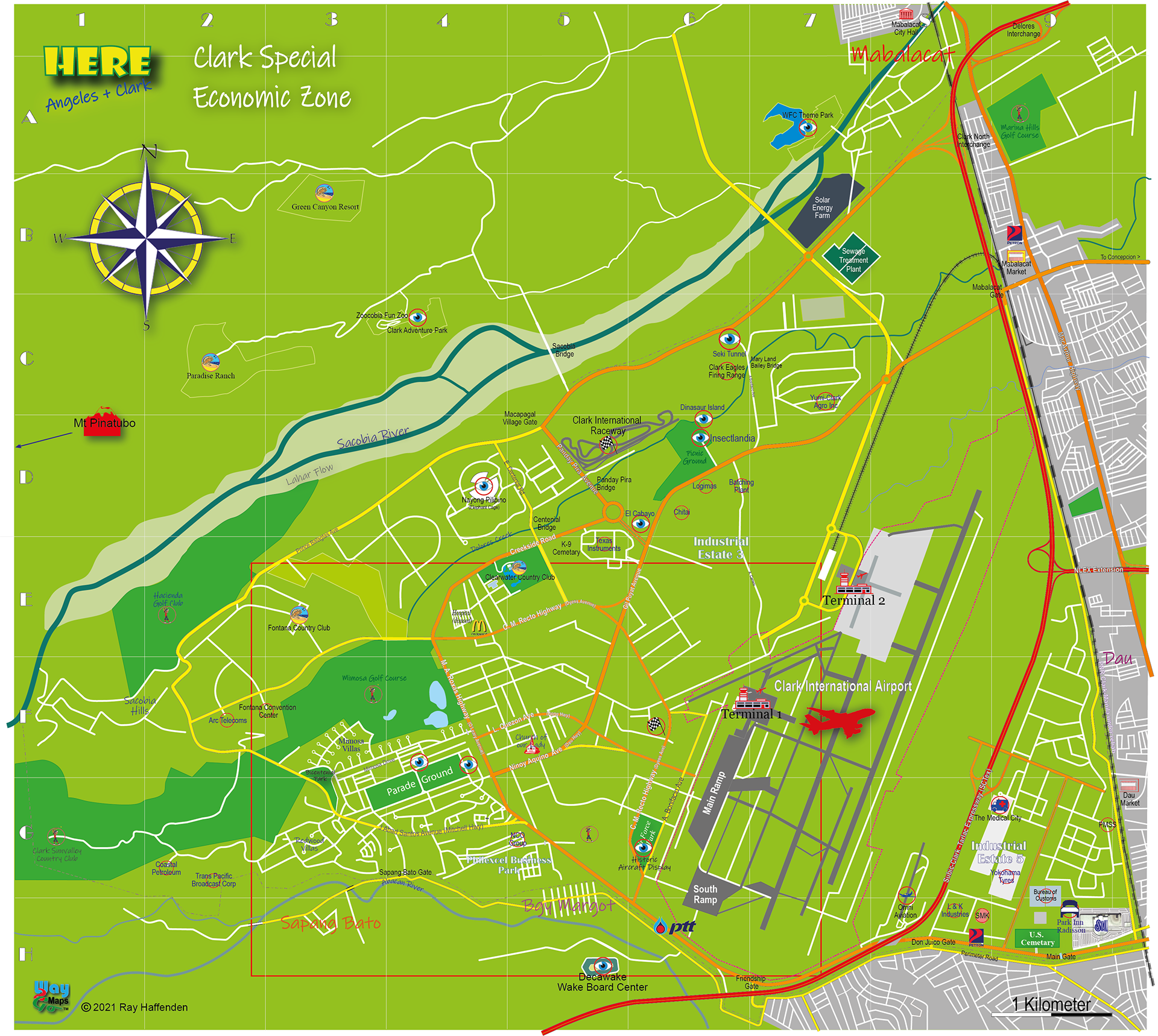 A Short History of Angeles City
Established in the Spanish era in 1796 by the the Gobernadorcillo of San Fernando - Don Ángel Pantaleón de Miranda - and his wife, Doña Rosalia de Jesus and followers which they named Culiat after the vines that grew there.   Don Ángel built his first house at the northwest corner of the intersection of Sapang Balen and the road going towards the town of Porac.
Culiat became a barrio of San Fernando, and on December 8, 1829, finally became a separate municipality renamed "El Pueblo de los Angeles"  (The Town of the Angels) in honor of its patron saints, "Los Santos Angeles de los Custodios" and its founder, Don Ángel.  New barrios including Santo Cristo (the poblacion- town proper), Cutcut, Pampang and Pulong Anunas.
On March 17, 1899, Angeles became the seat of the Phillippine government under General Emilio Aguinaldo, and it was here that the first anniversary of Philippine Independence was celebrated.  A parade was held which was led by Generals Gregorio del Pilar and Manuel Tinio, and was viewed by Gen. Aguinaldo from the Pamintuan residence which became the Presidential Palace, and is now the Museum of Philippine Social History.
This was short lived, and governance was transferred to Tarlac when the American forces occupied Angeles and began the American Era,  covered in detail in the history of Clark.
On June 15, 1991,  the eruption of Mount Pinatubo - the second-largest volcanic eruption of the twentieth century and the city and surrounds were covered by tons of volcanic ash.
In 1993, clean-up and removal of volcanic ash continued, and the former base re-emerged as Clark Special Economic Zone.